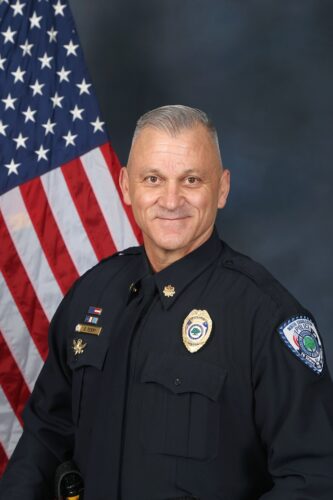 The Special Operation Division, under the direction of Deputy Chief Scott Perry, consists of two bureaus, the Special Enforcement Bureau and the Street Crimes Bureau. The division is responsible for conducting drug investigations, apprehending wanted and violent offenders, traffic enforcement and collision investigations, along with K-9 support and maritime law enforcement functions.

The Field Operations Section has three units, which are the Traffic Unit, K-9 Unit, and Harbor Patrol Unit. Each unit is supervised by a sergeant and the  sergeants report directly to the section lieutenant.

The Harbor Patrol Unit reports directly to a traffic sergeant and is responsible for all maritime patrol, which includes ship escorts and boat safety, within the jurisdictional waters of the City of North Charleston.

The Street Operations Section has two units, which are Narcotics Unit and the Intelligence-Led Policing Unit, each supervised by a sergeant. Both sergeants report directly to the section lieutenant. This section also includes several task force officers and an Asset Forfeiture Administrator. These units and assignments are described as follows:

The Narcotics Unit is responsible for gathering and maintaining intelligence on criminal activity and conducting investigations involving drug, vice, and organized crime offenses.

The department is a participating agency in the federal Drug Enforcement Administration Task Force and has a minimum of one officer assigned. The officer(s) assigned report directly to the Narcotics Unit Sergeant.

The Intelligence Led Policing Unit, which is composed of SWAT Team members, monitors repeat violent offenders and gathers intelligence on wanted individuals, in an effort to reduce violent crimes committed by these offenders within the city. The Unit also focuses on locating and serving outstanding warrants on violent offenders.

The department is a participating agency in the federal US Marshal’s Office Task Force and has a minimum of one officer assigned. The officer(s) assigned report directly to the Intelligence-Led Policing Sergeant.