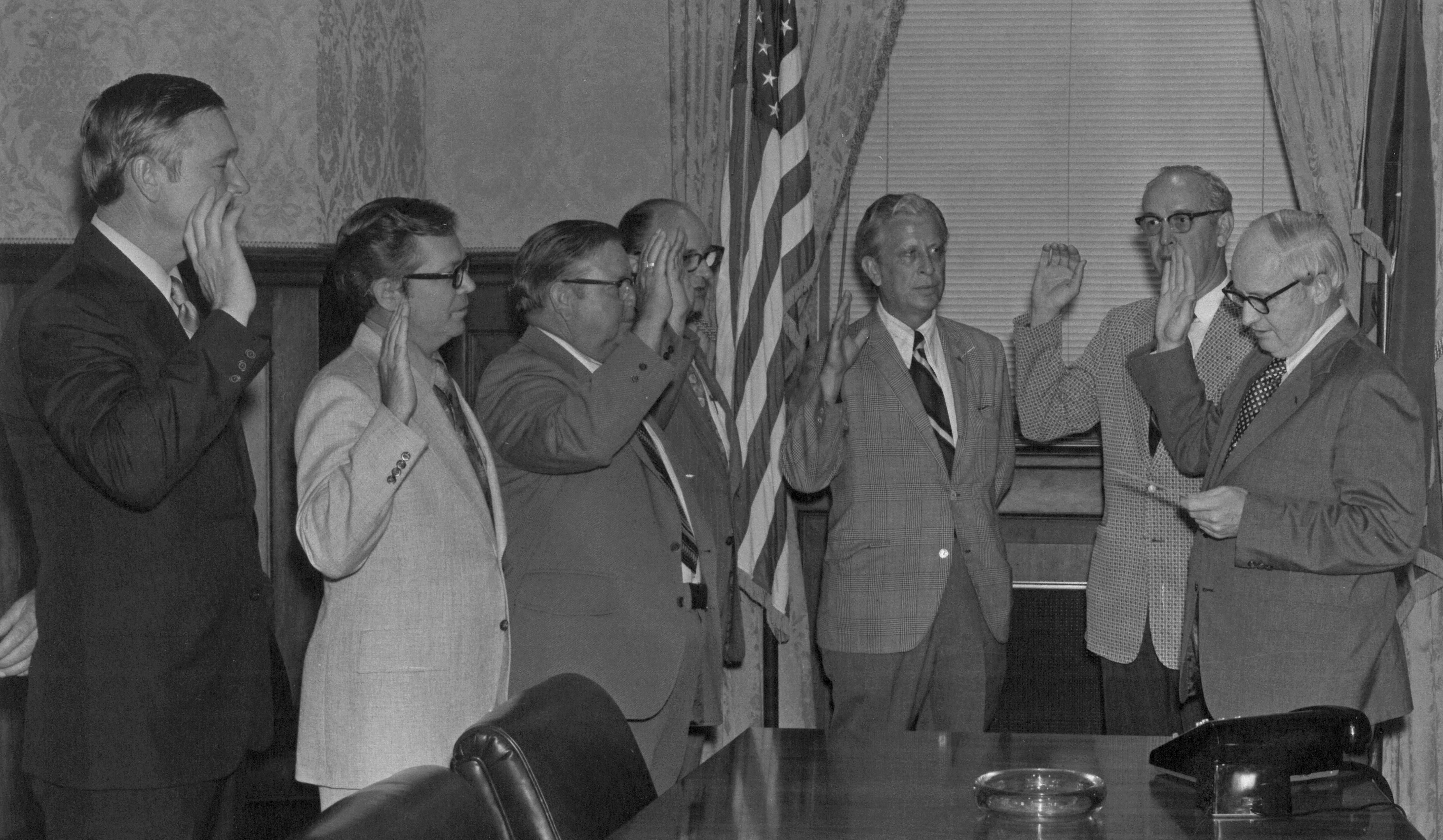 Prior to the 1600’s:  The wilderness surrounded by various rivers that flow in and around the Lowcountry was inhabited by Tidewater Indians for thousands of years before Europeans arrived.  All were skilled hunters and thrived on the bounty of the land and waters.  Native Americans used the Broad Path, which followed the Ashley River, to trade with neighboring tribes.

1600’s:  Some Native American tribes provided assistance to English colonists as they searched the area to build settlements. Tribes including the Wando, Etiwan, Kiawah, and Sewee helped the English defend against Spanish raids.  The Stono and Kussoe tribes were known to threaten early settlers with attacks.  Homesteads and farms were established along the banks of the Ashley River and throughout the area.

1700’s:  Over 60 plantations were established between the Ashley and Cooper Rivers, such as Accabee, Archdale, Belmont, Elms, Windsor, Marshlands, Oak Grove, White Hall, Turnbull and others.   Great botanical and horticultural progress was made by Eliza Lucas Pinkney with the production of silk and indigo; Phillipe Noisette with the development of the internationally famous Noisette rose; and by Andre Michaux, the father of American Horticulture, who established a botanical garden (near what is now Aviation Ave.) and introduced new plants to the area such as camellias and mimosas.

During the American Revolution (1775-1783):  The Broad Path became known as the Road to Dorchester (now Dorchester Road), used by British troops as the main road from their British Fort Dorchester to Charles Towne.  The Quarter House Inn, on that path, was established as a British garrison.

1800’s:  Earliest railroad track lines were laid from Charleston to the North Area, near what is now Rivers Avenue.  Farming and lumbering were vital in the early 1800’s and the mining of phosphate for use in fertilizer created an economic boom after the Civil War.  Liberty Hill, the oldest neighborhood in the North Area, was established by freedmen who purchased land in and built homes and farms for their families circa 1864. In 1898, two plantations along the Cooper River were purchased to create Chicora Park, designed by the Olmstead Brothers, as a day destination for wealthy Charlestonians.

The E.P. Burton Lumber Co. operated on 5,000 acres in the 1890s between the Charleston Naval Base and Goose Creek.  As the area was cleared and lumber cut.  Burton sold the land.  By 1912, portions of the tract had been sold to Oakdene Cotton Compress, Texaco, and the Read Phosphate Co.

1900-1972:  Chicora Park was purchased by the Navy and the Charleston Naval Yard was established in 1901.  The Shipyard boasted the largest pier and dry dock on the East Coast used for shipbuilding and repair prior to World War I.  The Naval Shipyard and Naval Base expanded even more during World War II and remained active until it was closed in January 1996.  For almost 100 years, the Naval Yard bolstered the economy and the development of North Charleston as a new city, drawn on planning principals of the progressive era.

Charleston Mayor R. Goodwyn Rhett headed a group of investors who organized the North Charleston Corp. and the Filbin Corp.  After they had purchased the Burton tract, WB Marquis of Olmsted Brothers Engineering Co. designed the proposed town.  In 1914, the North Charleston Development Corp was organized to construct houses for the area.  The first residents moved there in the same year.  It was about this time that the term “North Charleston” evolved.

Following the financial panic of 1929, Joseph Franc bought control of the holding company.  He also bought an additional 44 acres of the tract, including Park Circle.

By 1930 there were only 2,000 residents in the north area and the nation was in a depression.  However, West Virginia Pulp and Paper Co. moved into the area creating many jobs and residential population increased.

A Public Service District was formed in 1934 to serve the area with street lights, water, sewerage, garbage disposal, and fire protection. Also in 1934 the federal Public Works Administration completed a community center and gymnasium at the North Charleston High School.

The population then was more than 4,000.  It rapidly grew in 1940 as World War II loomed ahead.  In 1942, the population jumped to more than 18,000 as the Navy Yard increased its personnel and the Army brought its Port of Embarkation there.  The military bases in North Charleston have brought prosperity to the area in both World Wars and the Korean and Vietnam conflicts.

After World War II was over, many servicemen continue to live and work in North Charleston enabling the industrial community to keep up its production.

The area of North Charleston sought to become a city as early as the 1940s.  Casper Padgett led one of the first incorporation attempts about 36 years ago.  The effort failed when the voters disclosed their opposition to the concept eight to one.

In the late 1950s, Arthur H. Burton led another group that hoped to rekindle interest in incorporation.  However, Burton met a major stumbling block in the SC State Constitution.  The constitution required voters approve a new city, and the North Area didn’t have that.

A constitutional amendment was required that would allow cities to incorporate with a majority of voters who go to the pools.  This amendment was finally granted in 1972.

North Charleston in 1961 tried again to incorporate and, in anticipation, even elected a mayor, F. C. Ott.  However the positive response was not enough.

The third effort for incorporation, in 1969, was headed by Rep. Robert W. Turner, the unopposed candidate for mayor of the new city.

It was after this unsuccessful attempt that John E. Bourne took up the struggle in 1971.

Bourne reduced the area voting for incorporation to four precincts where incorporation interest was high and where votes generally turned out to the pools.  The incorporators knew that if they could incorporate a smaller area they could then stat on annexation procedures for th rest of the North Area.  This effort made North Charleston a city.

1982-1996:  The City celebrated the opening of Northwoods Mall in 1986, this major retail shopping center helped to promote North Charleston as a state leader in retail sales.

September 21, 1989 Hurricane Hugo hit, causing over $2.8 billion in damage to the South Carolina Lowcountry.  The physical and economic impact was devastating.

Bobby Kinard was elected as the second mayor of North Charleston in 1991.  Ken McClure assumed duties as interim mayor after Mayor Kinard’s resignation in 1994.

In 1993, the C-17 Globemaster III aircraft squadron was established at the Charleston Air Force Base, providing military support across the world.

Mayor R. Keith Summey was elected in 1994 as the third mayor of North Charleston.  He has been re-elected during each election since 1994 and is now serving his fourth full term as mayor.

The Charleston Naval Base and Shipyard officially closed in 1996, ending an almost 100 year history as the largest employer of civilian workers in South Carolina.  Approximately $1.4 billion dollars of annual expenditures were lost due to the closure.

1996-present:  Hundreds of acres of land that made up the Charleston Naval Base and Shipyard reverted to the City of North Charleston after the base closure.  Private industry and businesses began to enter into leasing agreements for warehouses and office spaces.

North Charleston’s Riverfront Park was officially opened to the public on July 4, 2005, establishing a beautiful access to the vistas along the Cooper River with a large outdoor performance venue and picnic areas.  Later a fishing pier, boardwalk, and Naval Base Memorial site were added.

Boeing Aircraft announced in 2009 that North Charleston would become the new home of the 787 Dreamliner Aircraft assembly and delivery prep center, providing thousands of new jobs in a world-wide market.

North Charleston offers the largest number of hotel accommodations in the area, many new 4-star hotels are being added yearly to fill the need of visitors.