The show is presented FREE to the public with all general admission for attendees.  Guests attending the event are invited to bring lawn chairs and blankets, as there is no seating provided.  Attendees are encouraged to bring plenty of water and snacks, if desired.

Parking is free.  Enter the former Navy Base via McMillan or Virginia Avenues for parking. 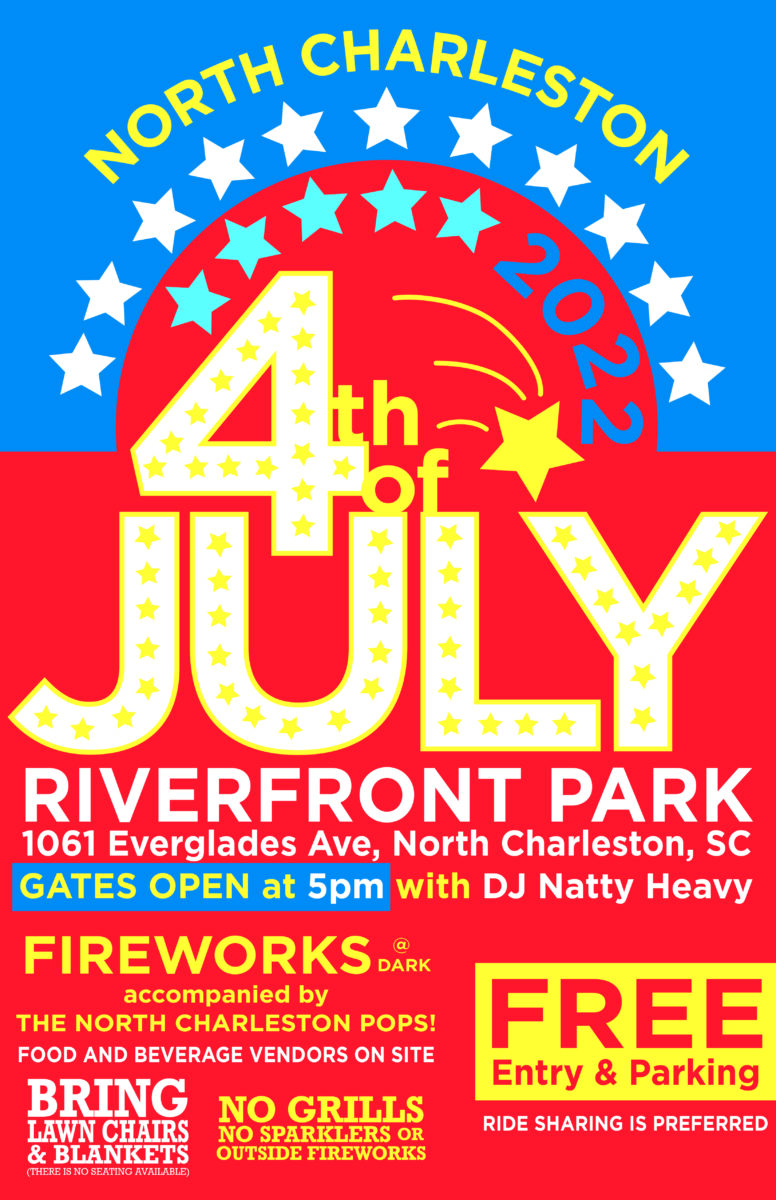 More about Riverfront Park and the festival

The City of North Charleston’s 4th of July Festival is our largest sponsored event.  Annually held at Riverfront Park, the Festival features nationally renowned performers, such as Mary Wilson of the Supremes, Marshall Tucker Band, Lee Greenwood, and the Blue Dogs.

Riverfront Park is open to the public year-round and has become a favorite destination for residents and visitors. Set on the banks of the beautiful Cooper River, the park is adjacent to the historic homes once occupied by the Charleston Naval Base officers, surrounded by graceful grand oak trees and peaceful river vistas. Bordered by Noisette Creek, the park boasts a magnificent contemporary Performance Pavilion and meadow.

Riverfront Park is home to the Greater Charleston Naval Base Memorial, erected in honor of the countless military personnel and civilians that served the United States and the Greater Charleston region while the Charleston Navy Base was operational. The Memorial is the only location in the United States that displays both the Lone Sailor and the Homecoming statues. Riverfront Park is also the location of North Charleston’s Annual National Outdoor Sculpture Competition and Exhibition.  A component of the North Charleston Arts Festival, the Competition and Exhibition features large-scale contemporary sculptures on display throughout the year.