The Palmetto Masters National Team competed this past weekend in the 2014 US Masters Swimming Summer National Championship with a historical performance.  The national swim meet was held in College Park, Maryland with over 1,000 swimmers entered into the competition. 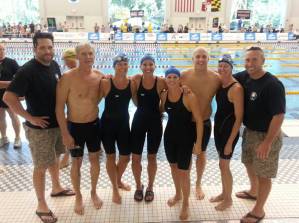