Forty years after opening its first Public Works facility, North Charleston is unveiling a new, state of the art complex posed to streamline services from a central location within the city.  On , the City of North Charleston will host a grand opening and ribbon cutting of the new complex on Casper Padgett Way. 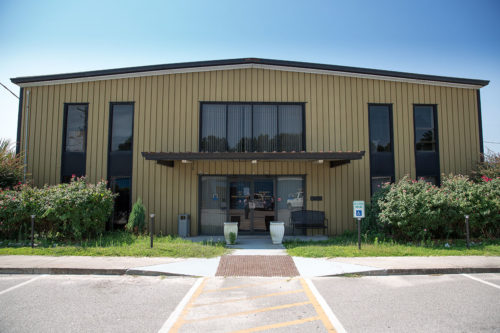 When the Charleston Naval Base closed, the City acquired off-base property at the intersection of Remount Road and I-26, where for years a municipal court annex and several city departments operated.  Additional property was later transferred to the City by the US Air Force. After the completion of the new city hall in the fall of 2009, all city departments were consolidated, except for public works, which remained on Aragon Street.  This consolidation allowed for the demolition of the former annex, freeing a large tract of land for the development of a new public works facility.

The Public Works complex consists of a multi-building campus, sheds for equipment and storage, a refueling facility for the city’s fleet, and a greenhouse.  Its centralized location on Casper Padgett Way (off of Remount Road) allows access to major thoroughfares and I-26.

“We are proud to open a Public Works complex that fits the stature of our growing city. From an old, small, metal creek-side building to a beautiful campus on repurposed land from the federal government, this facility ensures the capacity to handle the growth of North Charleston over the decades to come,” said North Charleston Mayor Keith Summey.

“Adequate work space, better equipment, and a centralized location are just a few of the reasons that the new Public Works complex is improving our department, and in turn, we are able to provide better services to the citizens and businesses of North Charleston,” said Public Works Director Jim Hutto.