Ben Veloso, rising 10th grader Soccer player at Fort Dorchester High School, will be traveling to Tulsa, OK (July 19-26) to compete with his club in the USYSA National Championship. He plays club soccer for SC United FC out of Columbia, SC on the SCUFC 99 Elite (2015 Under 15 SCYSA State and USYSA National League Champions). 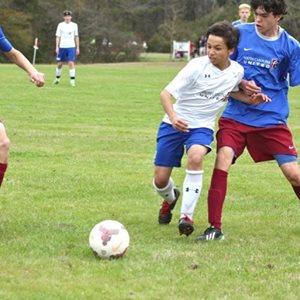 Ben has logged thousands of miles playing for this team over the last 2 years, traveling as far west as Las Vegas. As of late, there have been a few soccer players from North Charleston to play at high levels and even attend US National Team camp, but Ben is the only North Charleston resident to ever participate in the USYSA National Championship. In addition, only five SC club teams have ever advanced so far.

If your children are looking to get involved in youth athletics, the City’s Recreation Department offers year-round opportunities.