The Pre-Majors team, comprised of players ages 15-17, journeyed to Guntersville, Alabama for the World Series tournament, competing in seven games over five days.  The team maintained an undefeated record going into the championship game against the team from Independence, Louisiana, who North Charleston defeated 3-1 on day three of play.

Louisiana clawed its way back through the losers bracket, but were required to beat North Charleston twice to win the tournament.  North Charleston was dealt its first loss, 1-3, during the first championship game, forcing a second game for the title.  North Charleston rallied to post a commanding 13-1 victory over Louisiana to claim the 2015 Pre-Majors World Series Championship. 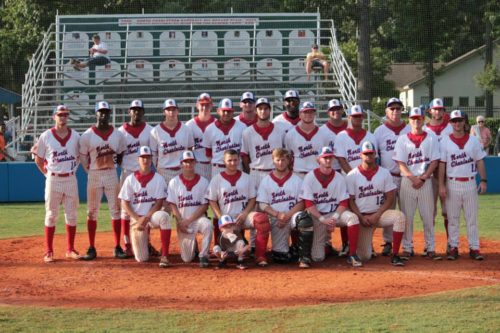 The Majors team, comprised of players ages 15-19, traveled to Ozark, Alabama to compete in an identical format as the Pre-Majors over five days.  The Majors remained undefeated until the 4th day, being shutout 0-3 by Prescott, Arkansas.  Going into the championship round, three teams maintained one loss.  By Dixie Baseball rules, the three teams were placed in a hat and one is drawn to determine the round bye.  North Charleston drew the bye, guaranteeing their spot in the championship match.

Join me in congratulating both our North Charleston Pre-Majors and Majors Baseball Teams for capturing their respective World Series Titles!  These young men where dedicated in their pursuit to these championships.  In my opinion, there is not a finer group of young men that could have represented our city any better than they did.  Members of both teams displayed tremendous sportsmanship, leadership, dedication and the true concept of team work.

In the Majors Division, the conclusion of the final game could not have been more memorable with centerfielder Chris Singleton, who lost his mother in the Emanuel 9 tragedy, making a beautiful throw from his position to home plate to stop the tying run from scoring.  His efforts marked the third out in the last inning of the championship game.

I am so proud of these young men, not only for their talent and success on the field, but for what they exemplify off the field.  Some may pursue baseball careers but, most are the future leaders in our communities.

A touching message from an Ozark Eagle parent 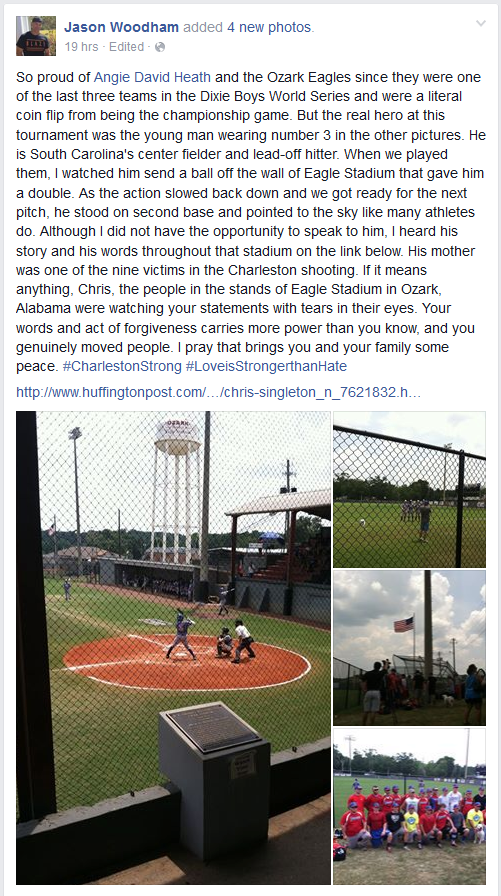