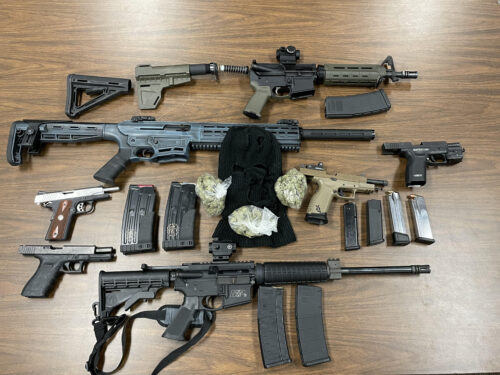 Tuesday night just before eight o’clock NCPD officers responded to English Street for a shooting call. . Officers found one building and two vehicles struck by gunfire. It was learned that suspects may have run into one of the apartments across the street. Patrol officers contacted individuals at an apartment. Officers secured a search warrant for the apartment. Seven firearms and 76.8 grams of marijuana were seized. A 17-year old juvenile was charged with 5 counts of possession of a firearm by a person under 18 and possession of a stolen firearm.