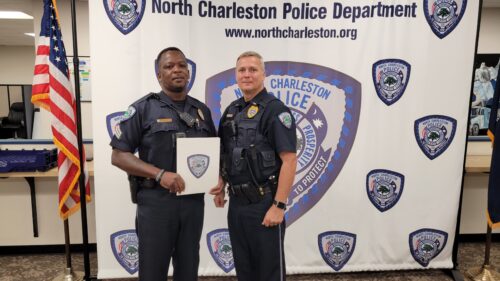 Please join NCPD in congratulating Sgt. Jamel Foster, the recipient of our agency’s “Life Saving Award” for the month of June. On June 2, Sgt. Foster and other officers responded to a report of several children inside a car who were unresponsive. One of the children, a four-year old boy was not breathing. Sgt. Foster gave the child chest compressions until EMS arrived. When EMS arrived, Sgt. Foster continued chest compressions while EMS administered oxygen via a breathing mask. Thankfully the child regained consciousness and the child began breathing again. The four-year old survived. Sgt. Foster, we are so proud of you!