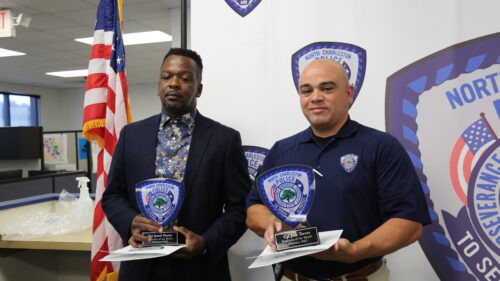 This morning, NCPD Sgt. Foster and Cpl. Torres were named Employees of the Month for February. Both were given our agency’s ‘Lifesaving Award’ for saving a man who threatened to take his own life. The man was in the street, on his knees with a knife to his neck saying that he was going to kill himself. Sgt. Foster spoke to the man and convinced him to put the knife down. Cpl. Torres helped the man up. By talking to him calmly, the officers were able to take the man to get the proper help. Great job, congratulations! #PathForward