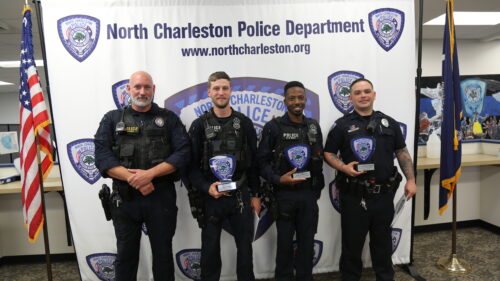 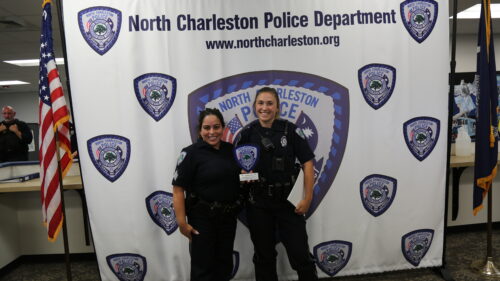 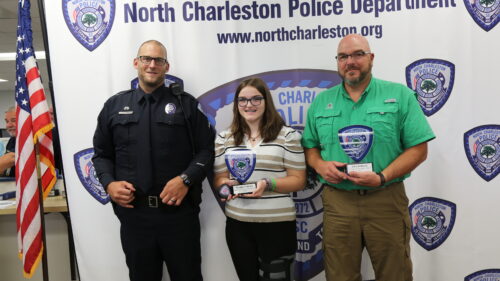 NCPD yesterday honored several officers for doing an outstanding job. Pfc. McFadden, Pfc. Reid and Pfc. Bodiford were named “Officers of the Month” for March for their roles in arresting an armed robbery suspect. The officers and K-9 “Quido” tracked the suspect from the store where the crime was committed to an apartment complex where she was arrested without incident.
Ptl. Decell was named “Officer of the Month” for April. Officer Decell managed to talk an armed suspect into putting down his loaded gun. The incident ended peacefully with no injuries to the suspect or officers.
NCPD also honored John and Murphy Fishback with the “Civilian Achievement Award” for April. John and Murphy have been an instrumental part of NCPD’s Cops Athletic Program’s hockey program for the last couple of years. They have taken a tremendous amount of their own time and devoted it to our CAP’s program.
Congratulations to all for a job well done! #PathForward