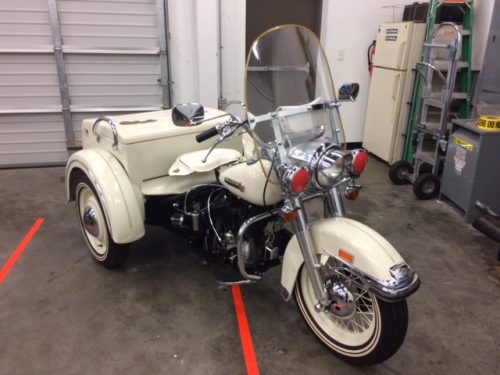 NCPD is honored to display a 1950 Harley Davidson police service car at the North Charleston American LaFrance Fire Museum. This Harley was first used by the Kalamazoo Michigan Police Department. In September 2001, Mayor Keith Summey purchased the service car for the North Charleston Police Department Traffic Unit. The Harley had only 63 miles on it when it was purchased for NCPD. Today, it only has 351 travel miles. This Harley has been used during parades in the City of North Charleston and in the City of Charleston. Its time on the road has come and gone. It is Mayor Summey’s wish to place the Harley service car in the fire museum with all the great fire trucks which served during the same time. Please go the fire museum and take a look!