When North Charleston City Council funded the pool enclosure at Danny Jones, there was a shared vision to vastly increase swim activities for residents of the Lowcountry. Swim education, athletic training, and leisure community swimming have been the main focus of programming at Danny Jones.

On August 10, Sandy O’Keefe gave further validation that the City’s efforts are paying off with her win at the 2014 Charleston Sprint Triathlon Series held by Charleston County Parks and Recreation.  Sandy trains in the early morning hours at the Danny Jones pool with the Palmetto Masters Swim Team, a local organization with about 150 members.  Sandy won the sprint triathlon with a commanding lead, crossing the finish line in 1:02:22, over four minutes ahead of her competition.  The sprint triathlon included a .3 mile swim, 12 mile bike ride, and a 5K run.

Seven members of the Palmetto Masters Swim Team will travel this weekend to the University of Maryland to take part in the 2014 U.S. Masters Swimming Summer National Championship, giving another opportunity North Charleston trained athletes to bring on titles. 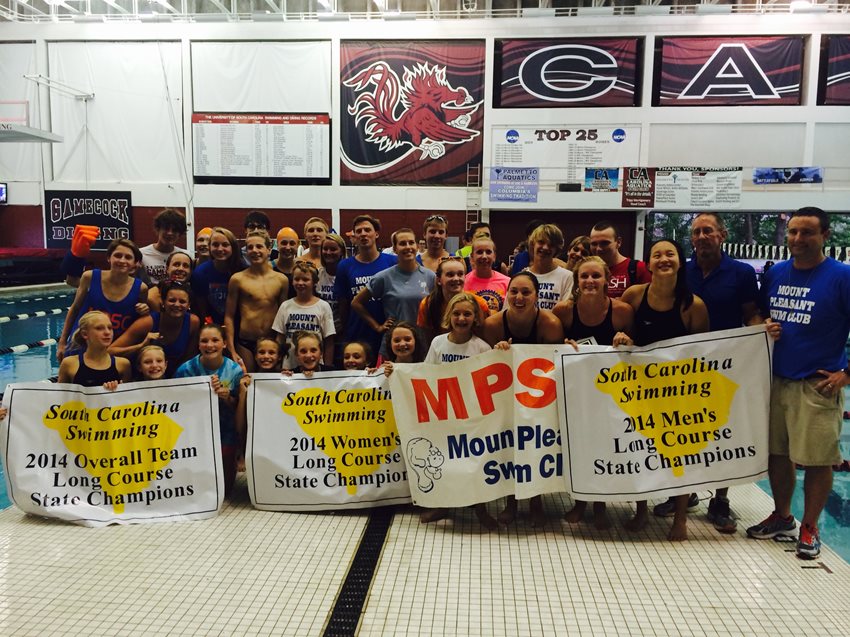 As more and more of our youth take swim lessons at Danny Jones, and become familiar with aquatic sports, titles and victories will continue to stream into the Lowcountry.  A robust swim culture is being forged in North Charleston that will benefit our residents far into the future.

Learn more about Danny Jones pool and the pool’s hours for open and lap swimming.