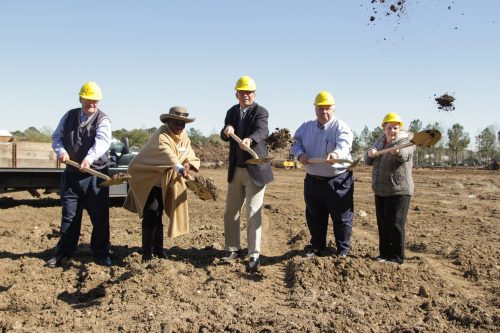 The lot, technically located on Melnick Drive next to Texas Roadhouse, will feature 289 parking spaces, bathrooms, and bike racks. It will be fenced, lighted and monitored by cameras. It’s the first dedicated lot owned by the transit authority and the Berkeley-Charleston-Dorchester Council of Governments, which has managed CARTA since 2015.“This is the region’s first true, permanent park-and-ride facility, and it’s another step forward for transit and alternative modes of transportation,” said CARTA board chairman Mike Seekings. “It’s going to be safe, clean and offer amenities that will please our longtime riders and hopefully attract many new ones.”

The current park-and-ride area, in a nearby shared lot, hosts hundreds of commuter vehicles daily. The bulk of passengers are MUSC and College of Charleston employees and students, in addition to other riders who work on the peninsula.

Seekings also noted that the lot is available to carpool and vanpool riders. There is no cost to park.

The Rivers Avenue park-and-ride launched in 2007 and is the busiest of the system’s seven park-and-ride locations, which include two shared lots in Mount Pleasant, Summerville, West Ashley, James Island and another in North Charleston at Festival Centre.

“North Charleston is often on the forefront of transit and transportation in the region, and we’re happy to be home to the region’s first dedicated park-and-ride facility,” said North Charleston Mayor Keith Summey at today’s groundbreaking.