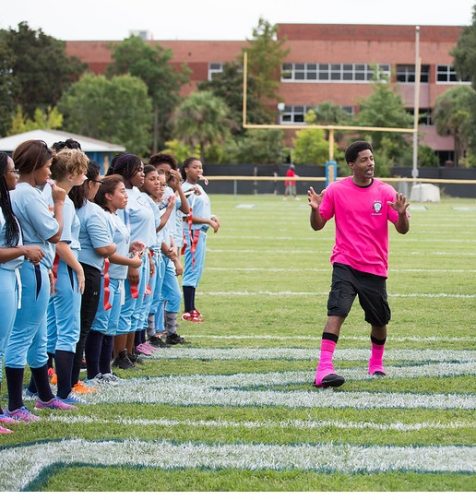 Programs How to Register

The purpose of the North Charleston Police Departments’ Cops Athletic Program is to inspire, educate, and empower the young minds within the community with a positive lifelong educational experience, which created a positive interaction with law enforcement personnel.

The Cops Athletic Program offers youth the opportunity to participate in sport and educational programs that are instructed by police department employees.  While there are many youth programs available in North Charleston, the Cops Athletic Program targets and provides support to youth that are unable to secure transportation and funds to participate in these activities.  The program provides athletics, academic, and leadership development through activities such as:  a powder puff football league, basketball, hockey, karate, spelling bee, lacrosse, stem team, chess team, a Black History Month Program, soccer, triathlon, and other programs.

NCPD C.A.P Powder Puff football kicks off the season in September.  Schools currently in the program are Ft. Dorchester, Hanahan, Summerville, Ashley Ridge, North Charleston, Academic Magnet, Stall, and Military Magnet.  Military Magnet won the first season in 2014.  Ft. Dorchester and Hanahan High Schools entered the 2nd season.  Ft. Dorchester has dominated the league since joining.  New to the league in 2019 Academic Magnet joined the NCPD C.A.P League, which brought the participant total over 240 players. The season runs from September through October.  The final championship game is held each year in November at CSU “PowderBowl” Eastern Division Vs. Western Division.  The Powder Puff program finishes up with a banquet to recognize the outstanding players and championship team. 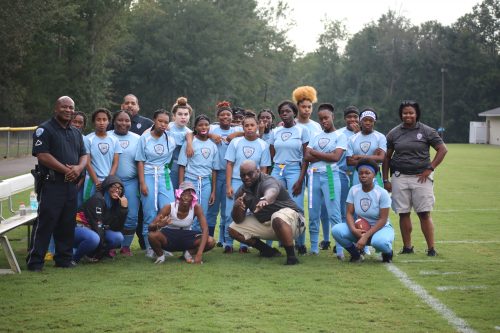 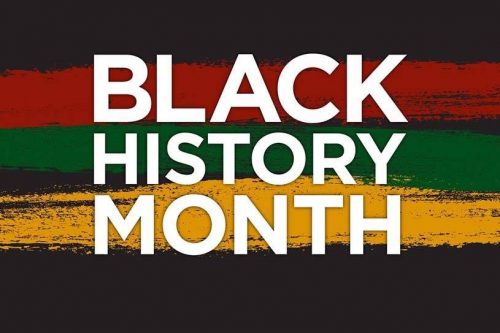 CAP Black History Month program reaches out to hundreds of school age students in the city of North Charleston in the month of February.  Through this educational program Elementary School students compete in an artwork contest and Middle School scholars compete in an essay writing contest.  This years contest theme is “African Americans and the Right to Vote”.  Our students will be introduced to lively discussions and film clips, Mt. Moriah Baptist Church praise Choir, poetry monologues, musical tributes, and a performance by Wona Womalan African Dance and Drum Ensemble.  During the celebration, community members and police officers receive awards and are recognized for their individual achievements and contributions to the community.  This years celebration will be held at 2500 City Hall Lane, 3rd Floor Council Chambers, on February 22 at 11 am. 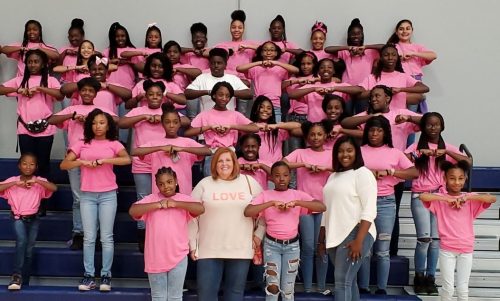 Stepping, a form of African and Caribbean dance, began in the 1900’s by African American fraternities and sororities.  This form of dance uses moves from tap and break dance, gymnastics, and military drill.  The body is used as an instrument that makes rhythmic sounds through steps, claps, and spoken words.  The NCPD C.A.P Step team season begins in October and runs through early spring.  Fun fact:  In 2018, our STEP team performed at the NCPD C.A.P. Powderpuff Halftime show.  CAP will host our STEP show on April 25, 2020.  Contact your Program Coordinators for registration information. 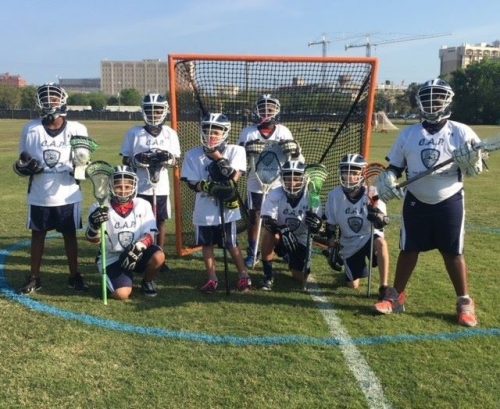 Lacrosse is a team sport that uses a lacrosse stick and ball.  Players carry the ball in the net of the stick and can pass, catch and shoot the ball into a goal.  Lacrosse was introduced into C.A.P. in 2017 and proved to be very successful. The program is for Elementary School boys and girls age 10 and 11. Our program runs March through May.  Contact your School Resource Officer for registration information. 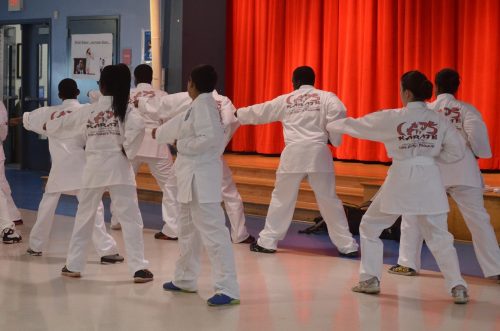 Karate was introduced into C.A.P.’s in 2014 at Chicora Elementary Wings after school program where 50 students had an opportunity to participate.  In 2015 and 2016 CAP karate program expanded into Military Magnet with 25 middle and high school students participating.  In 2017 Goodwin Elementary school came on board and in 2018 Karate expanded to North Charleston High School.  Our students learn the many benefits of Karate and during testing they break boards, show off their new moves, and earn a karate belt.  Karate is a spring sport that takes place during April and May. 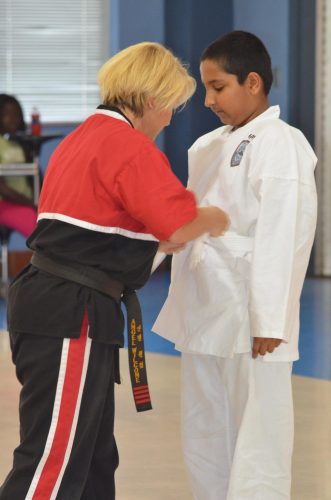 T-ball is a team sport where children age 4 to 6 develop baseball game skills.  Our games are played during the spring.  C.A.P T-Ball began in 2016.  In 2017, 25 four and five-year old students participated in games at Wescott and Pepperhill. 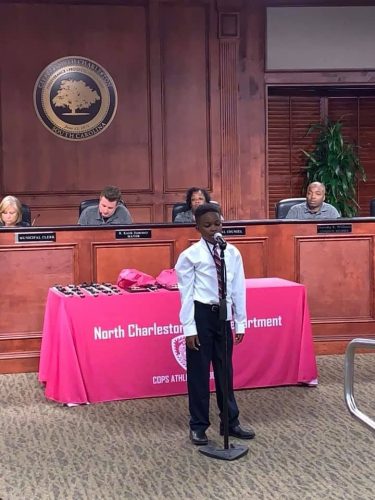 C.A.P Spelling Bee takes place during the summer.  Students compete from their individual North Charleston Summer Camp locations.  Approximately 1,000 students compete against each other for a chance to attend the championship.  The final competition, which is held at City Hall in the Council Chambers, consists of 19 first place winners from each summer camp.   Thousands tuned in to Facebook to watch the competition which is streamed live. In 2019 the “WinterBee” Spelling Bee was introduced to the NCPD C.A.P. Program as an educational program for middle school students across the City Of North Charleston to attend and compete in December. 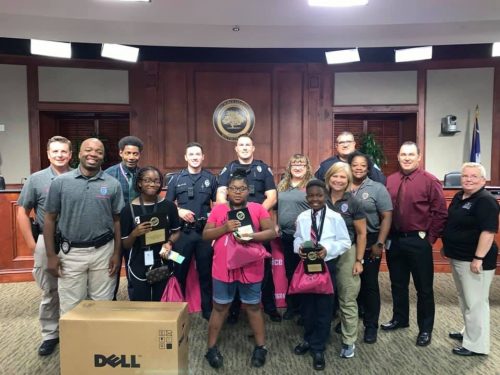 C.A.P Basketball is a summer program consisting of 6 teams with 12 players.  It’s offered to boys age 12-15.  All games take place in the North Charleston High School gym every Tuesday and Thursday evening.  During the regular season, an MVP from each team is awarded an outstanding player medal. Teams compete in single elimination rounds in the play-offs and vie for a chance to win the coveted championship ring. 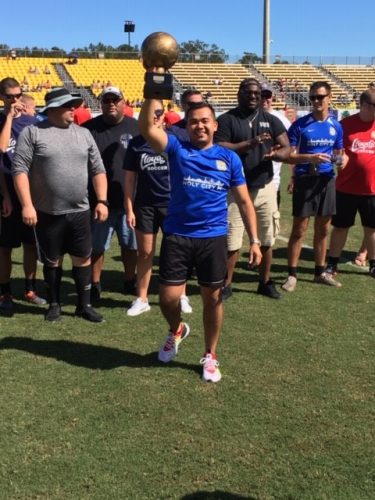 NCPD C.A.P Soccer has partnered with the Charleston Battery.  Students participate in the Battery youth soccer club which is offered to both boys and girls, U12 League.  Players will compete against other clubs around the low country.  Open to any N. Charleston elementary school.  Soccer kicked off in May 2019.  A total of 8 teams age U12 compete in a 6-week season. 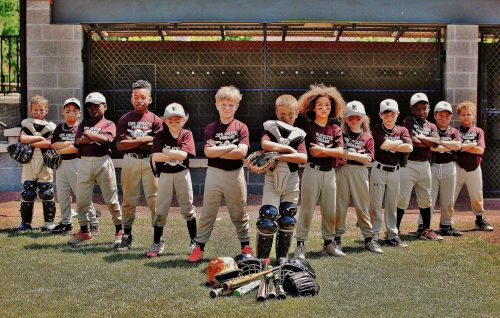 C.A.P Baseball tournament occurs on the 3 weekend of October each year.  50 teams compete in 9U, 10U, 11U, and 12U with a total of 500 players.  Competition is held at Wescott, KapStone Park, Gahagan and Pepperhill. Awards are provided to each division including runner-up, sportsmanship, and championship.  This program is about cops, kids, and community teaming up to make a difference.

Ice hockey is a sport that consists of 6 players on each team with five skaters and 1 goalie.  Currently we reach approximately 30 students per season age 12 and under.  Our players interact with police officers and coaches from the CYHA youth hockey programs.  One of the goals of our program is to provide a transition path for youth players to continue in the sport of hockey through scholarships.

CAP hockey receives donated equipment from CYHA.  Through our partnership with CYHA, we receive a seasonal grant which is used to buy ice time at the Carolina Ice Palace.  Hockey begins in late October and runs through early spring.  Our season ends with players and coaches skating during intermission at the Stingrays game. 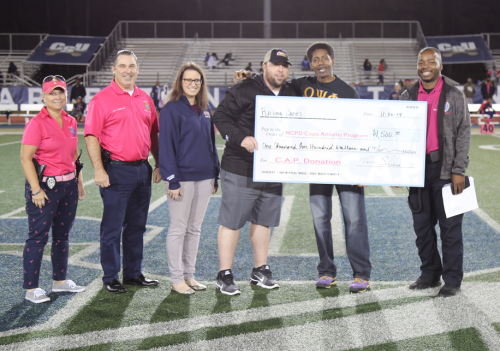 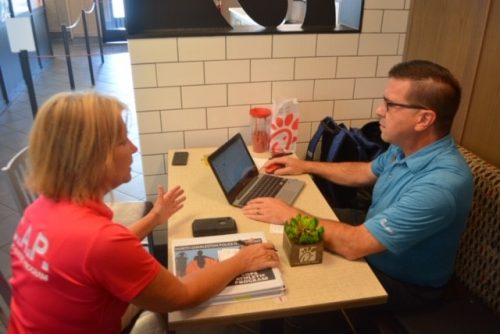 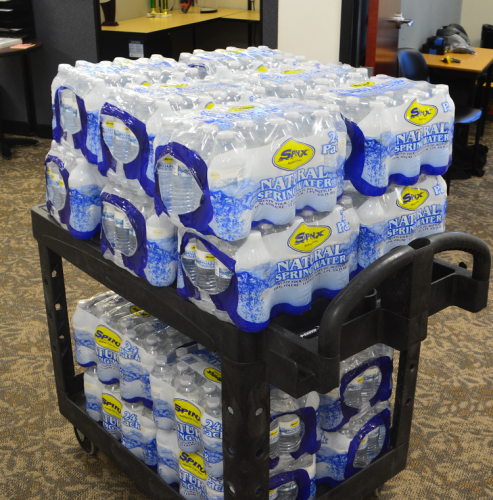 Thanks to our wonderful sponsors! We extend our sincere

appreciation to our sponsors, without whom our program would not be possible. We invite you to support these community-minded organizations. 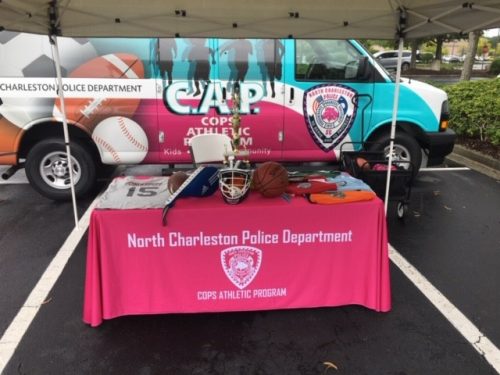